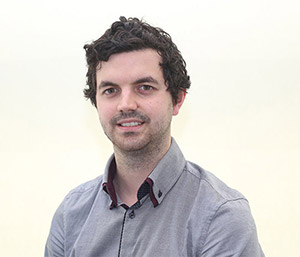 Flutter For MVP Development: Why It's The Best Bet For Startups

Run a quick Google search for ‘Flutter’ and here is what you will get — “Build native apps in record time.” Well, isn’t that music to any startup founder’s ears? For startups that are short on time but high on ambition to release their mobile app in quick time, Flutter for MVP development should be the first choice.

Flutter an open-source UI software development kit that is brought to the world by Google. If you want to build mobile applications for Android, iOS, or even desktop platforms like Windows, Linux, Google Fuchsia or for the web, Flutter makes it possible, and in style.

What makes Flutter a good choice for Startups? There are 3 reasons that make it ideal:

Flutter makes a developer’s work easier with it’s hot reload’ feature. The feature makes it possible to build UIs, fix bugs faster and experiment with new feature additions — all on simulators and hardware for Android & iOS.

Flutter carries forward what Google is renowned for. Expressive and flexible UIs that elevate the customer experience. Flutter has its own built-in widgets for Material design and Cupertino as well as default animations for natural scrolling, rich motion APIs, etc.

Is Flutter a Good Choice for Startups and their MVP Development?

Minimum Viable Product development aims to create a simple and working version of a product idea. Imagine it to be a no-frill form of the intended product that is created to test its economical and market feasibility. The minimal amount of resources — capital and labour are put into Startup MVP development. As a result, it is also expected to take far less amount of time than full-fledged product or software development.

In fact, several global brands that we know today have to scale their revenues with the help of MVP development. Some of them are:

In the startup environs, MVP development needs to happen at a rapid pace. At the same time, the MVP must also be made presentable. After all, it is based on the MVP’s performance that the startup founders will be able to gather more funding for taking the business forward.

With such expectations in mind, Flutter offers several key benefits that can help in building the perfect mobile app. Having all said its time to dive deep into the technical aspect of why Flutter for MVP development should be your first choice. Let us explore:

1. Build Multiple Apps With One Framework

Web, mobile and desktop. Android, iOS or Windows. Flutter lets you build applications for any platform or purpose. In other words, you need just one app development framework to bring your ideas to life in multiple channels. In other words, Flutter is a cost-effective means to build applications for various channels. There is no need to engage multiple specialists or teams when one Flutter professional or team is enough to build multiple applications. Isn’t this what every startup founder yearns for?

React is a JavaScript library that has a massive developer pool. It easy to find developers who can code and build applications on React. Flutter comes with a modern framework that is inspired by React. Developers can choose to use the framework entirely or use only parts of it that are necessary for their app. Rest assured, you won’t face difficulty in finding developers for your Flutter development project.

Apps built using Flutter offer top-notch performance. Since thee apps run via natively compiled without any interference by interpreters, they start quickly and also maintain a constant 60fps speed. For a startup, an MVP built using Flutter can run at speeds that are at par with full-fledged products.

Silence the doubts and raise the funds with MVP

Let Flutter be your ideal choice to build an MVP quickly & efficiently for your next Startup.

Get in Touch with Us

“How do I distribute the apps built using Flutter?” Every startup founder is bound to run into this doubt at some point in time. Flutter lets you promote your apps on multiple platforms including Google Play, Search, Gmail, YouTube, and also the constantly growing Google Display Network. In fact, you can avail a $75 credit when you spend $25 on app campaigns.

Flutter offers a dynamic app development setup. It has a dedicated widget engine and UI components that resemble native platforms. These widgets are also flexible for customizations and are aesthetically designed. You can build a basic version of the app and make continuous improvements upon it to suit your app design requirements.

When building an app with Flutter, help is never difficult to find. The super-active Flutter community is active with contributors from inside and outside Google. The community is spread across several platforms including Github for raising tickets, Meetup for finding the next event near you or engaging in Q&A conversations in Stack Overflow, Medium, Slack, YouTube, and several other online mediums.

Building a mobile app is no child’s play. It needs a tactical approach and neck-deep expertise in app development frameworks and SDKs. Startups that want to roll out an MVP within a short span of time might find the traditional approach to mobile app development unproductive. The long duration, excessive reliance on too many technical components, etc. can make things complicated.

It is here that Flutter can make a difference. It can simplify the process of mobile app development without compromising on the aesthetic appeal of the app. It can provide native app performance to your MVP thereby making it more lucrative to early adopters and investors.

Trivia: While in its project stage, Flutter was codenamed “Sky”. Well, now that it is a full-fledged and powerful open-source software development kit, the sky's the limit for those who want to build mobile applications.

Having said that, I hope it's clear why flutter for MVP Development is becoming a prime choice for any startup that is looking to start smarter and scale faster.

How is MVP Development at Intelvita?

Intelivita is a UK-based mobile app development company with branches around the world. MVP development services are one of the areas of expertise.

We have helped more than 20+ startups to turn their ideas into market-ready and scalable products and solutions with our MVP development services.

With client preferences along with native, we deploy Flutter for MVP development as it is swift, development-friendly and also helps build visually aesthetic apps within a short span of time.

Want expert assistance to build mobile applications for your Startup?

Talk To Our Experts Now
Social Share:
Posted In:
Previous Page
Why You Should Include Augmented Reality Experience in Your Mobile App
Next Page
Augmented Reality in Education: Trigger For The Next Revolution In Learning
Never Miss an Update From Us! Sign up now and get notified when we publish a new article!

Hey there. I am Dhaval Sarvaiya, one of the Founders of Intelivita. Intelivita is a mobile app development company that helps companies achieve the goal of Digital Transformation. I help Enterprises and Startups overcome their Digital Transformation and mobile app development challenges with the might of on-demand solutions powered by cutting-edge technology.

Connect with us to Discuss More 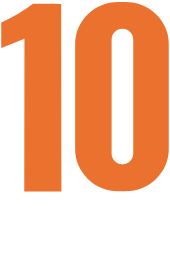